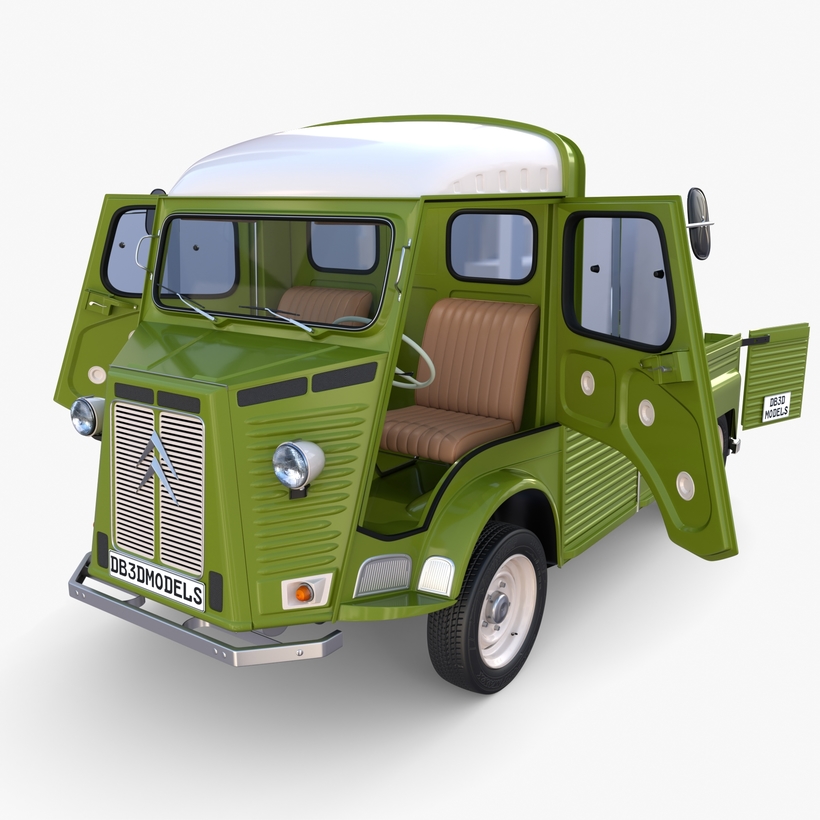 The model is very intricately built, it has the interior modeled, with the rear cargo area, and a simple underbody built as well.

The 3d model is scaled to original size in Blender.

-.blend, rendered with cycles, as seen in the images;

-.blend, rendered with cycles, as seen in the images, with doors open;

The 3D model was originally created in Blender 3.1 and rendered with Cycles.

The models have materials applied in all formats, and are ready to import and render, note that some minimal adjustments might be needed to look best in the renderer of choice.

The models come with png textures.

The preview images are rendered in Blender using its built-in render engine 'Cycles'.

Note that the blend files come directly with the rendering scene included and the render command will generate the exact result as seen in previews.

Scene elements are on a different layer from the actual model for easier manipulation of objects.

The models are built mostly out of quads and are subdivisable.

It comes in separate parts, named correctly for the sake of convenience.

Don't forget to rate and enjoy!


Free File Conversions: Need this 3d model in another format? please Contact Support to verify we can provide the format you need.
Please use the Support Forum if you have any questions or problems.
Please rate and review in the Review section.

Show all 1366 items from Dragos Burian